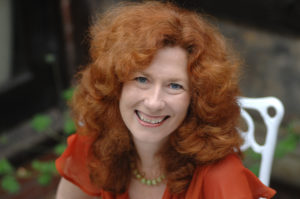 Angie Hobbs gained a First Class degree in Classics and a PhD in Ancient Philosophy at the University of Cambridge.  After a Research Fellowship at Christ’s College, Cambridge, she moved to the Philosophy Department at the University of Warwick; in 2012 she was appointed Professor of the Public Understanding of Philosophy at the University of Sheffield, a position created for her.  Her chief interests are in ancient philosophy and literature, ethics and political theory, and she has published widely in these areas, including Plato and the Hero (C.U.P).  She contributes regularly to radio and TV programmes and other media.  She has spoken at the World Economic Forum at Davos, the Houses of Parliament, the Scottish Parliament, Westminster Abbey and the United States Air Force Training Academy, and been the guest on Desert Island Discs, Private Passions and Test Match Special.

Outside academia, Angie has many interests, including music, the theatre, walking, swimming and many sports, especially cricket.