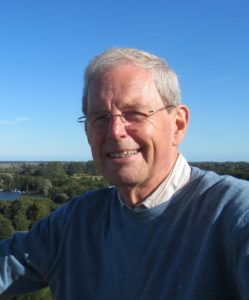 Born in Yorkshire, Kent graduated in medical sciences at Cambridge and completed his medical and specialist training in Birmingham. After completing his doctoral research and a travelling fellowship at Harvard School of Public Health, he came to Leicester University in 1984 and has lived in the city since then. For twenty years he was an honorary consultant physician at Leicester Royal Infirmary and was appointed Professor of Therapeutics in 1996.

From 2004-2013 he was the first chief executive of the Medicines & Healthcare Products Regulatory Agency (MHRA), an executive agency of the Department of Health, and later chaired the European Medicines Agency. He is a Fellow of the Academy of Medical Sciences and was knighted for services to healthcare in 2011. In retirement he took the role of senior medical trustee of the British Heart Foundation.

Kent and his wife Rose brought up their three sons in Leicester, two of whom later returned to live in the city with their families. They greatly enjoy the social and cultural life of the city and the easy access to good walking country. They share interests in grandchildren, travel, old buildings and European history.