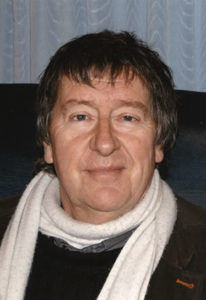 Education. Born in Bristol in 1945 and brought up in Raynes Park (London SW 20). Educated in local authority schools, including Raynes Park Grammar for A-levels. Read English and Theology at Hull University and completed an MA at Leicester University, where taught by Philip Collins, Arthur Humphreys and Monica Jones. Fellow of the English Association.

Taught in Leicester and Leicestershire from 1967. Head of English at Wyggeston and Queen Elizabeth 1 College (1981-97). Also worked for Vaughan College, Leicester Polytechnic and the WEA. Currently working for the WEA and the Richard Attenborough Centre for Disability and the Arts.

Chairman of CAP (Conservation Advisory Panel). Broadcasting with Radio Leicester from 1969. Occasional television appearances, and journalism for the Leicester Mercury. Active in both the Methodist and the Anglican Church. Guided walks in both the City and the County.

The Not Altogether Elementary Case of
Sherlock Holmes. TRANSACTIONS OF THE LEICESTER LITERARY & PHILOSOPHICAL SOCIETY. VOLUME