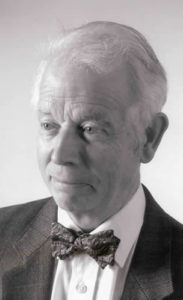 National Service in the Royal Navy – on discharge Sub/Lt RNVR.

House jobs in Guildford before starting a 44 year career in General Medical Practice at Wokingham in Berkshire. General Practice was in the doldrums in 1966 and he became active in both Royal College of General Practitioners [RCGP] and British Medical Association [BMA] – research and committee work. With the support of the Oxford Regional Hospital Board, he carried out a research project “Your views on the Future of General Practice in the Reading Area”. 97% [231] of all the GPs in the Area responded and the final report influenced GMSC policy.

He was chairman of the BMA’s Junior Members Forum in 1969 and proposed a motion on “Sex education in schools” that was passed at the BMA’s Annual Representative Meeting. He campaigned for the need for Medical Students to have first hand experience in General Practice; the value of Health Centres; the active participation of GPs at the emerging Post Graduate Centres.

The M4 motorway was being planned in 1968 and as Chairman of the Wokingham Civic Society’s M4 Action Group he was instrumental in defeating a County Council scheme for joining the M4 with the M3. The new road link would have destroyed most of the recreational spaces and school playing fields across the town.

He moved to the Uppingham Road Practice, Leicester in 1970 before joining a 3 man Practice in Leicestershire’s first Health Centre at Syston in 1971. Since then the Practice has doubled in size and taken on a major teaching role. He was always.an enthusiastic and dedicated family doctor but in addition he found time for other medical interests.In 1984 and 1985 he did single handed locums in Barra in the Outer Hebrides.

He was appointed one of the first “Man in Society” Tutors in the Department of General Practice at the new Leicester Medical School which started in 1974. He was a Trainer for the Leicester Vocational Training Scheme for General Practice for 14 years and Chairman of the Trent Regional GP Sub Committee.

He retired from full time practice in 2001 but continued to do Locums until July 2009.

As Secretary to the Leicestershire and Rutland Division of the BMA, he was the prime mover in a successful campaign to force the Labour Government of the day, Secretary of State Barbara Castle, to give Leicestershire its fair share of the NHS resources. Prior to that Leicestershire was only getting 78% of the National average. The campaign was backed by all the nine local MPs; all the local Medical and Nursing professions; the Sheffield Regional Hospital Board and the Leicester Mercury;

As the BMA’s local Press Officer for over 30 years he promoted successful National campaigns on :-

He was President of the local Division in 1991 and made a Fellow of the BMA.

In 1984, as Chairman of the Leicester Faculty he organised the Spring Meeting of the Royal College of General Practitioners with the theme “Living with Big Brother.” Daniel Lambert featured on the publicity papers.

Member “Save the trees on London Road” Action Committee 1971. The Eastern Relief Road was eventually dropped by the Leicester City Council.

Chairman Friends of All Saints Church Cossington formed to raise funds to restore and improve the village church, and its Secret Gardens Sub Committee.

Chairman the “Epicureans” a food and wine Society for over 25 years.

“Your views on the Future of General Practice”. Reading Area Survey 1969.