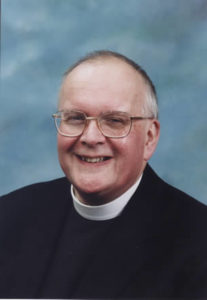 Other Church and public positions serving as Proctor in Convocation from 1980-95, Chair, Leicester Board of Mission and Society Responsibility, and as Chairman of the Gateway College FE Board.

Canon Wilson joined Lit. & Phil. in1986, and served on Council for more than a decade including his year as President, retiring from Council in 2010.