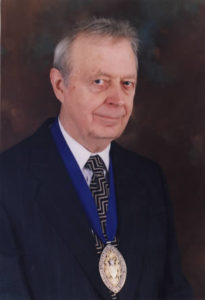 Following National Service in the Royal Engineers (1954 – 1956) he joined the Education Section of the Architects’ Department of Leicester City, and for five years he was engaged in the design of Further Education buildings, and the first phase of the Leicester Polytechnic.

In 1961 h moved into architectural education, initially as a Lecturer attached to two departments. In 1975 he was appointed Principal Lecture at the Leicester School of Architecture assigned to the Graduate Diploma Course.

In the spring of 1978 Grant Pitches was Visiting Lecturer at the Department of Architecture, University of Oulu, Finland. His host and mentor was Professor Reima Pietila whose values were to be long-lasting.

From the early nineties to 2000 Grant Pitches was engaged as a sole practitioner in private practice. The following four years were spent as a part-time Lecturer in the Institute of Continuing Education, Madingley Hall, University of Cambridge, running residential courses in 19th and 20th Century Architectural History and Theory.

In 1998 he was invited to be founder Chairman of the Leicestershire & Rutland Gardens Trust, a post he held for five years. The Trust has recently celebrated its 10th anniversary.