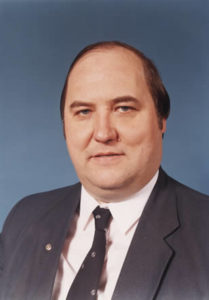 Born in Hull, and educated at Marist College, Hull, and the University of Hull (BSc Geography & Geology, 1960, Postgraduate Certificate in Education, 1961); later the part-time Museums Diploma, 1966, and part-time University of Leicester PhD (Geology & History of Science, 1984).

After three years’ school-teaching appointed Keeper of Geology & Natural History in the Kingston upon Hull Museums in 1964, Director of Museums and Art Gallery, Exeter City Council in 1968, Director of Museums and Art Gallery, Leicester City Council, 1972 – 1974, and Director of Arts, Museums and Records, Leicestershire County Council, to 1990. Subsequently Professor and Head of the Department of Arts Policy and Management, City University London, 1990 – 2004, when he retired back to Leicester with the title of Professor Emeritus in Heritage Policy and Management.

Within Leicester and Leicestershire Patrick Boylan first brought together the museums, heritage properties and record offices of Leicester City, Leicestershire County and Rutland County into a single integrated service, later taking on responsibility for the County’s involvement with the arts, including theatre and music. Subsequently the existing facilities and collections were developed and expanded considerably, with a major re-modelling of the New Walk Museum, extensions to the Record Office and the Abbey Pumping Station, and the creation of major new facilities around the enlarged county: Wygston’s House Museum of Costume, 1974, Melton Carnegie Museum, 1977, Harborough Museum, 1981, and the Snibston Discovery Park from 1985 (finally opened 1992).

Patrick Boylan has been very active in the museum, arts and heritage affairs both nationally and internationally. Like two of his predecessors who had been Presidents of the Literary and Philosophical Society, Dr E.E. Lowe (President 1922 – 1923), and Trevor Walden (1959 – 1960), he was a President of The Museums Association (serving as the Association’s Centenary President, 1988 – 1990), and he also held a wide range of positions in the UNESCO-based International Council of Museums (ICOM), including chairing its UK National Committee and Training of Personnel International Committee, nine years on its governing Executive Council, six years of them as Vice-President. As chairman of the relevant committees he led the development of first the UK Museums Association’s first Code of Ethics, and then the worldwide Code of Professional Ethics of ICOM.

Honours: High Order of Merit “Danica” of the Republic of Croatia, 1998; Honorary Member of the International Council of Museums, 2004.

His list of more than 200 publications range over geology, natural history, museum studies, cultural policy, and management, the protection of the cultural heritage in times of armed conflict, through to contemporary art, and include The Ice Age in Yorkshire and Humberside, (Yorkshire Museum, 1977, 1978, 1981), Review of the Hague Convention on the Protection of Cultural Property 1954 (UNESCO, 1993, with four subsequent editions in English & French), Running a Museum: A Practical Handbook (UNECO & ICOM, 2005, with Arabic, French, Spanish editions).