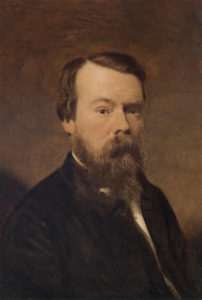 Born in 1832, the eldest son of Sir James Picton of Liverpool, James Picton was educated at the Liverpool Institute, Owens College Manchester, where he completed a London University MA in Classics in 1856. The same year he became an Independent Minister at Cheetham Hill, Manchester, moving on to similar positions in Leicester (1863-68), and Hackney (1858-76), serving also as a Member of the School Board for London from 1869 to 1878. He was then Member of Parliament for Leicester from 1884 to 1894. (Apparently he was not related to Rev. John Owen Picton, President 1860-61.)